THE PROG ROCK CONNECTION AND “RHYME AND TREASON.” 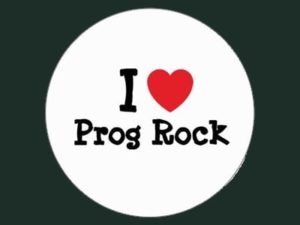 Did you know that there is a subtle underlying connection to the influence of progressive rock in Elm Treason’s music? Particularly on our third album RHYME AND TREASON.

“What?!? You mean that lofty genre with the twenty minute epics and rhythm meters that change at will? The style that’s decried as an abomination by all the punk worshiping fanzines?”

Easy there. I said SUBTLE. Allow me to explain.

As a youngster I loved to listen to progressive rock. I was attracted to the exploratory and experimental nature of the music –  and yes, the virtuosity of the musicians.  I was a hyperactive kid, what can I say?  I spent endless hours playing guitar alongside many of these albums and I guess it just seeped into my DNA over time.

For example, our song “Word to Word” shifts time signatures at least three times (between 5/8, 7/8 and 4/4). The melody of the song is actually two melodies going simultaneously – maybe something you might experience in a Yes tune, perhaps?  Still, the idea was to make that song accessible and to make those rhythmic shifts undetectable, seamless and toe-tapping-catchy.  I think we accomplished that.

The song “Void Lust,” which is the epic of RHYME AND TREASON, has the slight flavor of Rush and even a hint of Iron Maiden (progressive in their own right). Indeed, shifting rhythmic accents and technical playing abound, but in the end, the song is still perfectly accessible, and infectious to the average listener. There’s a whole lot of galloping hook in that one.

Perhaps the very ethnic “Tarantella” could have been heard emanating from the fingers of Keith Emerson, Rick Wakeman or Steve Howe?  Still, our first instrumental kind of wants to make you dance in a circle, doesn’t it?

Throughout the guitar solos of the album, perhaps you might catch some Alex Lifeson overtones, peppered with a bouquet of Steve Howe, blended delicately with a slight Jimmy Page after taste that is most agreeable to the palate? (Maybe a hint of vanilla, green grass and Bartlett pears, too).  I’m sure they’re somehow woven into the architecture…but the building itself still reads “Elm Treason” across its facade.

The challenge for us as songwriters was to allow these influences to come forth while remaining unique and distinctive.  And most importantly, keeping the simple structure of accessible songwriting intact – kind of like reducing a tome into a septolet.  Well, maybe that’s hyperbole, but you get the idea.

If it’s one thing that influences us about these bands, it’s their originality. And paradoxically it’s the originality that is most worth copying in our humble opinion.

It’s our way of paying homage to the wonderful musicians that have inspired us as fans.

Your music is unique and honest, i love you stay true to you own style and solid sound, so good to find independant artists that dont sound like a commercial band, rock on guys and never give up

This may be one of the best comments we have ever gotten, Shirl. Honestly. It is SENSATIONAL of you to say that. We try to find that middle ground of accessibility and uniquness. Yes, that sounds pretty generic, because just about everyone will say that about their music. But for us, it is that region where that “old friend” meets that “new dude” and they hit it off. We DON’T want to sound like everyone else..but we want the music to sound like you should already know it. THANK YOU so much. 🙂 So lucky to have you out there.

So many influences on your music and that’s what makes it so great and unique! I love what you guys do – true muscianship! Keep on rockin’!

Thank you, Paul. We like to keep our sound diverse and our minds open…… mostly. LOL.