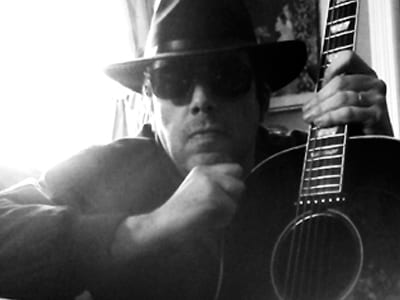 So, right off the bat, I’ll just come out and say this: I was a traitor – a straight-up defector. (Considering our band name, I guess that would make sense). I freely admit it.

Back in the day when so many of us in our group of guitar-obsessed riff-heads just wanted to be cool rock and roll stars with fast cars, hot women and mad money, I was in direct violation of the code – the etched-in-rock guitar-player’s code. My six-string lovin’ cohorts couldn’t believe how lame I sounded. They kept telling me I was really really missing the point.

“Say what?? Don’t you get it????” I’d hear over and over again, delivered with the kind of outrage and disbelief reserved for puppy-kickers and politicians.

But it was true. I didn’t pick up a guitar and start trying to play it because of all the deliciously cool and seductive stuff that potentially came along with it. I actually didn’t care about any of that. (Heretic!) At the nauseating risk of going Barry Manilow on you, I really just wanted to write songs that people would know. I wanted to be that guy.

That’s the way I honestly felt from the beginning when music became the thing – the only thing that mattered – in my life. (It was that or baseball. And since the machine had yet to be invented that could detect any athletic prowess in me, music won by a landslide). Essentially, when my dad chose liquor over my brother and me and decided to never be around, falling into music was a way of medicating.

As a kid, I had one of those table-top cassette recorders. It was my ticket to building my own music collection. I’d hold it up against my transistor radio speaker and record the output onto cheap tapes. It was primitive, but it fit my budget swimmingly. I’d spin the dial, land on something that sounded good and hit “record.”

I found myself beyond fascinated – perhaps obsessed – with how certain melodies and rhythms could make me feel so good. I’d be in my room not only listening to songs, but dissecting the individual elements. I had a real knack for this. It was my elixir.

Unlike most of my peers, I’d seek out interviews with songwriters – those magicians who gave birth to these intoxicating yummies. I didn’t care about the politics of rock stars or on-the-road tales of debauchery (anyone can puke and pass out after an all-nighter). All I wanted to know was what inspired these people to write that riff that got me so pumped up, or that melody that haunted me.

When I got pretty good at playing guitar, I’d hang with friends, sometimes other musicians, and just make music. I’d nervously start playing some half-baked uninteresting semblance of a tune I’d made up. Luckily, no one would seem to mind. I would keep going. Eventually, I’d do it enough times to actually get others singing along simply out of the familiarity born from shear repetition (think Top-40 radio). The songs weren’t any good – or finished – but man, what a feeling it was, seeing others having a good time, mouthing words to something I created. It was like I was suddenly coming out of their transistor radios, delivering the kind of good feelings to them I used to get listening to my own. Indescribable.

That was it for me. I knew it then.

Sure, I wanted to play like my heroes, but I really wanted to write the songs that made others sing. I wanted to pen relevant music. I desired having exercise notebooks full of lyrics, ideas and doodles. I envisioned ashtrays full of cigarettes and guitars across my bed with crumpled sheets of paper on the floor. I imagined half-completed notions that were genius an hour ago, but garbage now. And I dreamed of that moment, hitting upon a sprinkle of sudden magic, after wading endlessly through layers of vapidness, discovering something that would evolve into a piece of music that someone I didn’t know, somewhere far away, would someday sing in the privacy of his or her own room.

Fast forward years ahead with a successful band, the best indie fan base an artist could ever want, and people all over the world singing our songs, and the entire process of making music is just as magical as it ever was. It is still beyond words.