THE ELM TREASON NEWSLETTER NO. 8 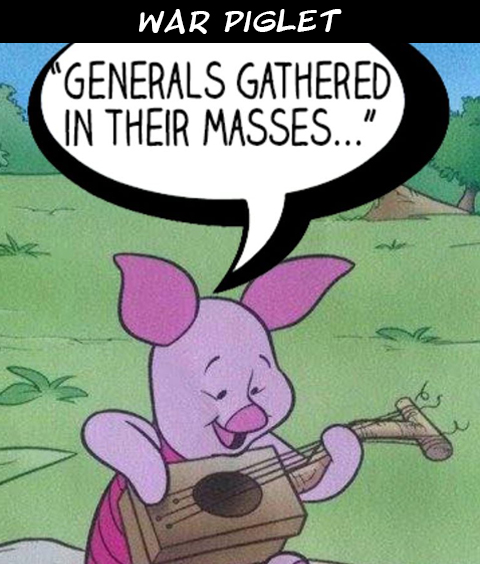 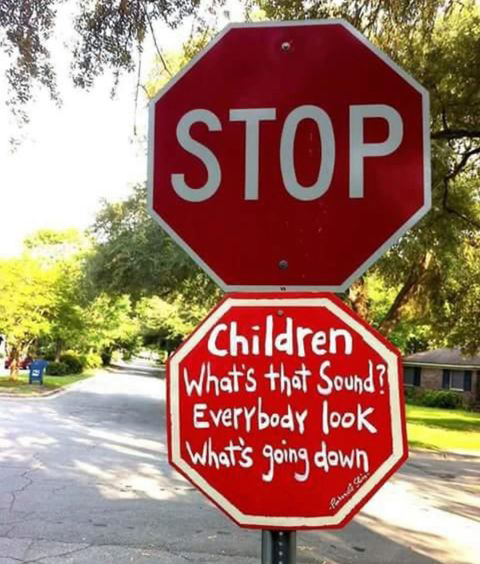 – On Wednesday, Andy’s youngest daughter, Chantelle, was married to Michael Ribisi. (Andy says, “I could have sworn we just took her home from the hospital.”) Mike and Chantelle have known each other since they were teens. They were made for each other. 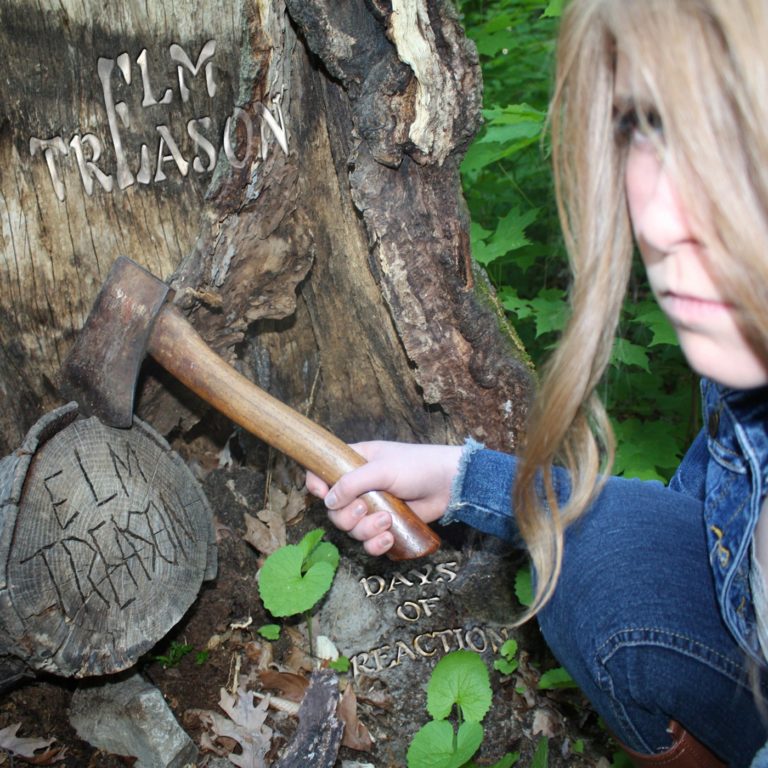 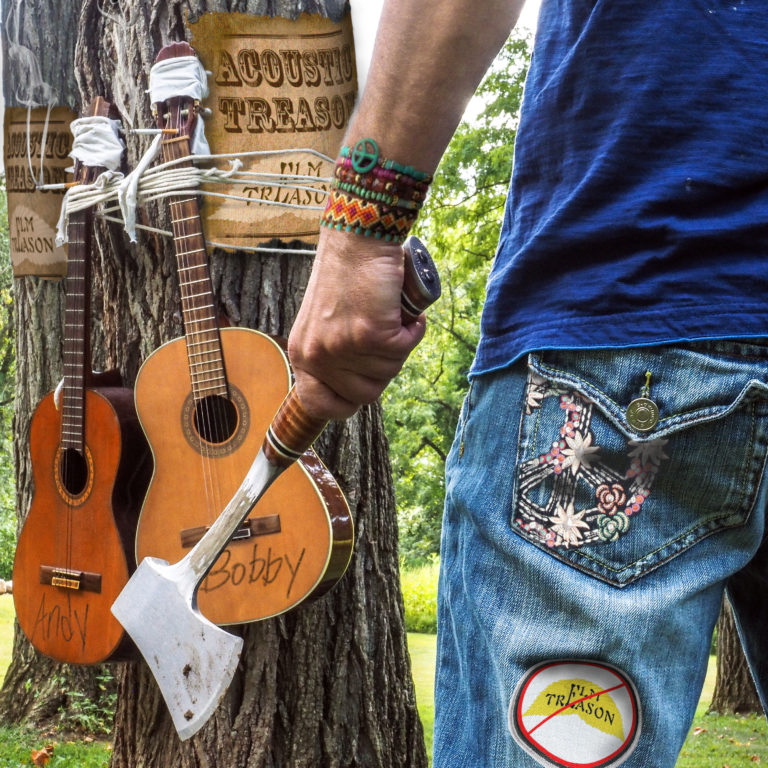 Okay, okay… the album covers of the first two ELM TREASON albums (“Days of Reaction” and “Acoustic Treason“)  have hatchets on them. What gives?? Why??

Your Input: What do you think?

We have decided that the live performances we recorded at the end of March will be made in an album as well as a video. The material is being mixed now.

Now, we’re not famous or established enough to just presume that we can put out a double album and people will buy it. (nor are we that arrogant).

But we are really proud of what we did and would love to put it out in some way.

We may be able to fit the complete set on a single CD, but on vinyl, it will DEFINITELY need to be a double album package.

Maybe we should put create a “standard length” album based on the “best” performances and then use the complete set for the video version?

What do you think? What would be most enticing to you?

No arrogance here as far as I’m concerned… Just really good material… As for me I’m quite keen to hear that stuff live, I think live material has a kind of spontaneity that would probably be fiddled with in a studio… Looking forward to your videos…I always enjoy those immensely…Rock on guys!

Live performances do have a kind of spontaneity; that’s a great point- and you can’t leave spontaneity up to chance. 🙂 We’ve gotta get it out there. I enjoy videos myself. Thanks for the input, Llonel!

There has always been a question – and rightly so – about how we go about representing our own music in a live setting, considering there are only two of us. The records, obviously, have a full lineup of instruments, so recreating the songs can’t be as exacting as we might like it to be. But we LOVE playing live, so we have developed a way of reproducing some of our songs in such a way that they might actually benefit from a two-man treatment. Very percussive. Very rhythmic. And because we think people will enjoy hearing us playing these songs in a purely “unplugged” way with the kind of spontaneity you mentioned above, we decided to try and capture the essence of raw Elm Treason. People seem to dig our weekly “live” rehearsal videos, so we’re following through to the next logical step. 🙂 Thanks, Lionel.

I would say just put it on one cd if u can. I like the idea of vinyl but the more songs the better in my opinion.

The more songs the better….who can argue with that? Thank you for the suggestion Kris.

I (Andy) like your thinking. One music-packed CD. And I think that is exactly what we will do…. but we want to offer this record on vinyl as well, and unfortunately, the amount of music we have will require two platters. Thus lies the problem. We don’t want the vinyl issue to be lacking material that will be available on CD. But yes, as a rule, the more music, the better. Thanks, Kris!

Guys I LOVE IT❤❤❤ FIND IT VERY INTRIGUING

Thanks so much Debra. It IS intriguing, isn’t it? It’s great to share in the excitement with you.

Thank you, Debra! Intriguing is VERY GOOD. We love hearing that. Thank you so much.

….and those chicks and cars, too….

I am an album person😀

Me too. Definitely. Some headphones, drink of your choice and prepare for take off!
Thanks for the input, Nancy!

Same here. Love vinyl. So Nancy, here is a hypothetical question… would a vinyl release as a double album be enticing? Or worth the cost? Or should it be whittled down to a single record? What are your thoughts?

It’s gonna be fantastic. Thanks Christopher. We share your excitement.

Hi Chris! We actually have a new album called VOICE OF TREASON that we will be promoting in a big way very soon. A new studio album. Stay tuned, brother.

Thanks so much Rick for the positive vibes!

Thank you, Rick! Appreciate that very much.

Indeed, Turlough. LIVE video is a GREAT way to connect. We are REALLY looking forward to it.

I don’t know….maybe I would put out one album, and release the other one in 6 months, or something. Its a good question…

Yeah, it’s tricky, Joe. We have a few ways to go… we prefer the idea of a single album. On CD, we can definitely fit everything on one disc, but if we issue a vinyl pressing, one record won’t cover it. It would need to be two. If we kept the vinyl to just one album, there would be songs missing that are available on CD…. and yet, we have seen (and history shows) that unless you’re a super big band, releases that close to each other don’t do as well, and you risk fatiguing people. Interesting dilemma, indeed. Thanks, brother.

How ever you decide to make it, I’m getting it!
Though I am looking forward to a dvd!

Well, THAT makes things all kinds of easy for us, brother. 🙂 LOL. Thank you for being so supportive. Man, if only more people were like you, we’d have none of these issues. LOLOL. After all, we just want to make music….. Seriously, thank you, man. And yes, an official DVD will be exquisite. Rock on, Mark.

Maybe a limited edition signed double album , but then not sure whats the minimum amount you can get done over your way, CD will be great , even double CD what ever you choose to do we will be there to support you and your amazing music💙

Shirl, you are incredibly supportive. A limited edition double LP would be a TON of fun to do. No question. Like VOICE OF TREASON, we could do a limited run of 100, but we’d DEFINITELY need to be sure people would drop the coin on it before investing our own lettuce. Perhaps a crowd funding campaign could work, although historically, Bobby and I are a tad skeptical about them. I (Andy) do think we’d be able to get all the music on a single CD, but not a single vinyl album. It’s a lot of fun to speculate and plan. Thank you for the unbelievable support and encouragement.

I love the videos and the opportunity to watch you play your instruments with skill and grace. Well, I’m impressed. I enjoyed the “Just like Rock and Roll” video you shared, I even caught a glimpse of a cat sneaking out (bad Kitty!) Anyways, Thanks for the great stuff. Groovy Noodles is packed with all sorts of fun tidbits. By the way, the video promoting “acoustic sedition” was on a tv set I swear we had when I was a kid. Keep up the great work! 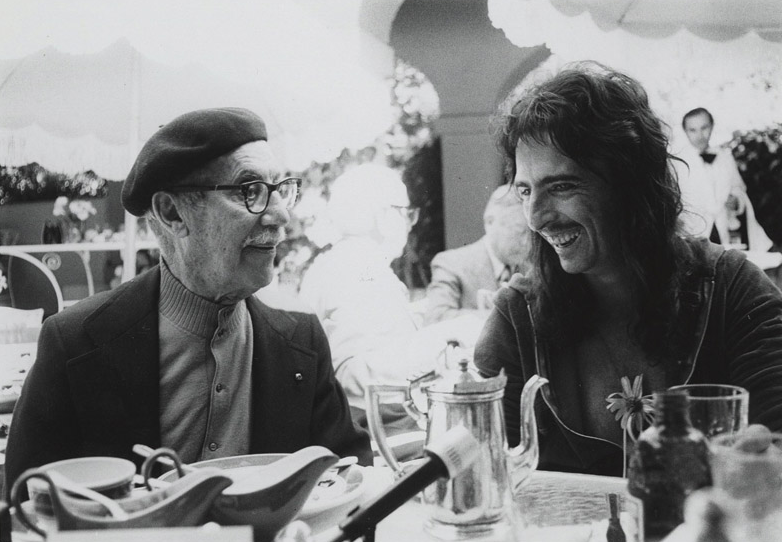 Simply one of our favorite pictures. A friendship for the ages…. Groucho Marx and Alice Cooper.

We found a rehearsal on a thumbnail drive (of all places) of us running through the song “JUST LIKE ROCK AND ROLL” (from our album “Acoustic Treason” ) when it was brand new.

Haven’t seen THIS is nearly forever.

We thought it was lost. 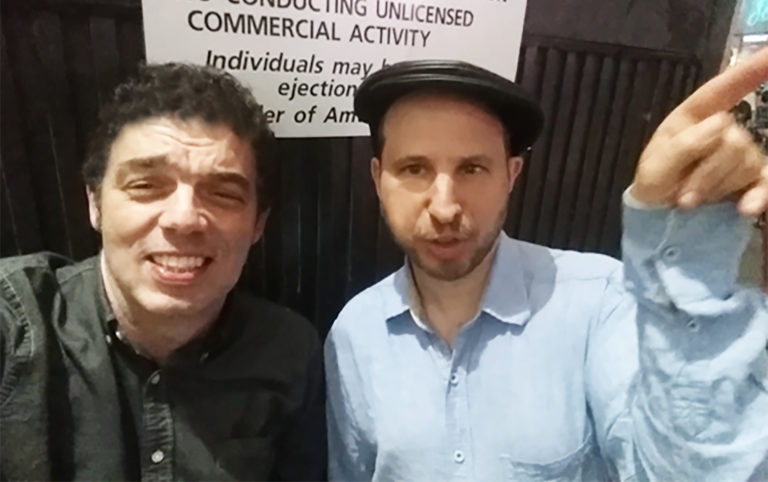 Here we are outside Madison Square Garden before the ELO show,  August 2017 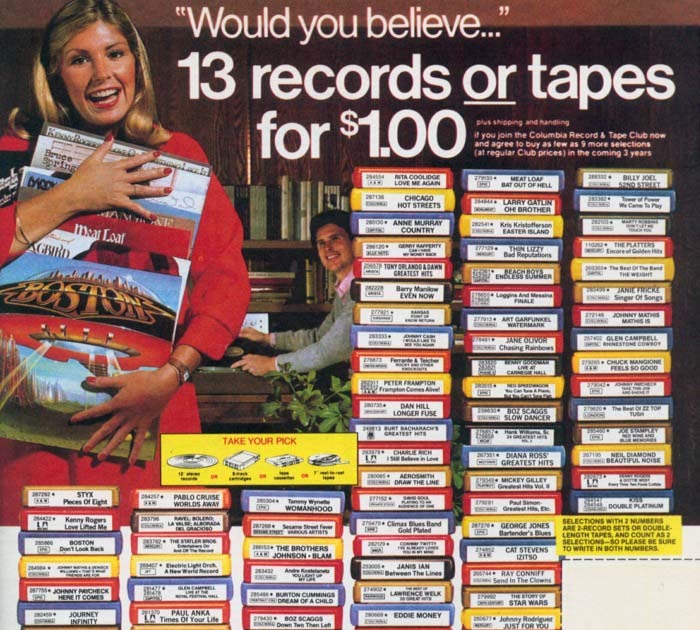 Those Record and 8-Track Ads from back in the day. THIRTEEN FOR A DOLLAR?????

Mr. Bobby Steel takes pen in hand to talk about the moment he KNEW music was going to be “it” for him. 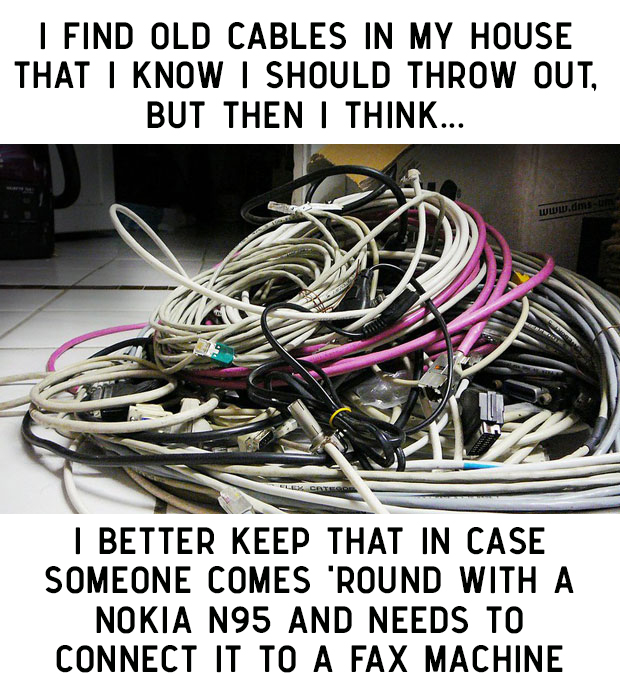