THE ELM TREASON NEWSLETTER NO. 25 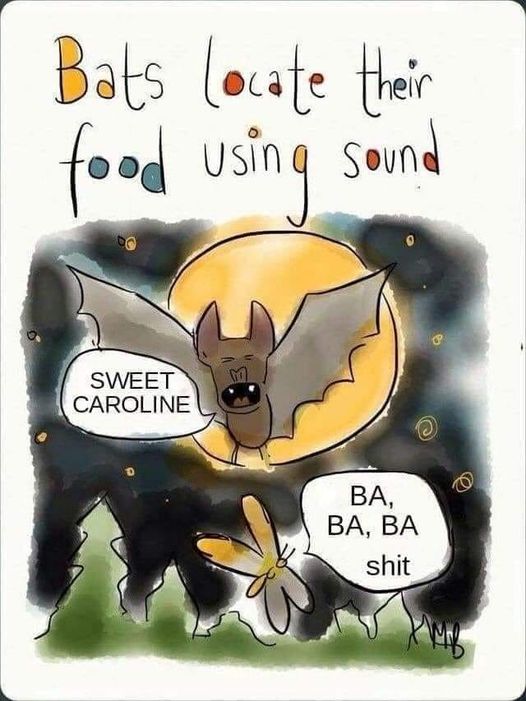 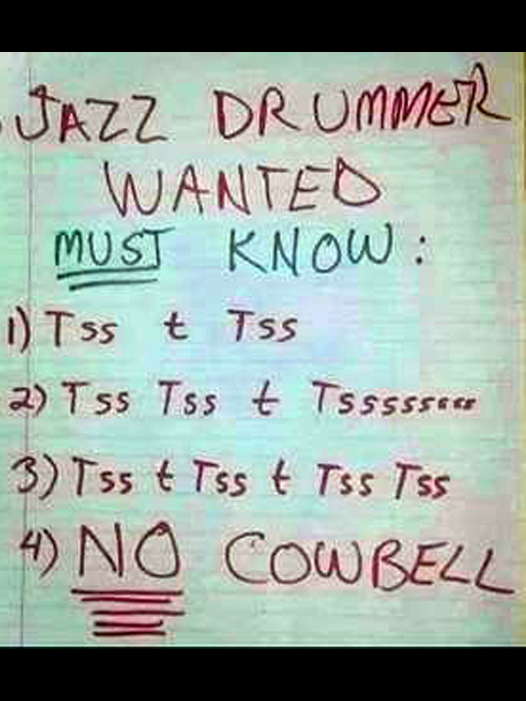 Countdown to the BARE TONES pre-sale 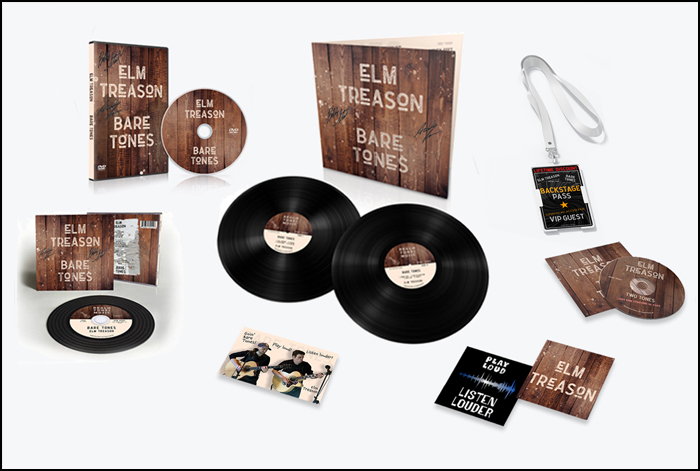 You’ve seen our videos on Facebook where we are playing live – just the two of us, banging away on our guitars. We usually post these live performances on Thursdays.

We share a lot of these behind-the-scenes rehearsals and warm-ups. People have told us how much they dig them. And we love posting them.

The most common comment we get is, “I wish these were recorded properly instead of through a phone camera, because this would make a GREAT ALBUM!”

Our next album, in time for the holiday season, is called BARE TONES – and it features Elm Treason banging through an entire set of songs with nothing more than two guitars, two microphones and two voices. 15 tunes altogether.

Just us. No overdubs. Pure. Honest.

And it’s all been recorded professionally – both for CD and Vinyl as well as DVD and Bluray. (Yup, we shot the performance on three cameras).

We’re going to be offering this album (in a variety of special packages and bundles) to you guys FIRST, before anyone else. The pre-sale begins on Friday, October 22nd through this newsletter. Eventually, we’ll take it full public.

We are terrible excited. We hope you are, too!

Your Input: Remember The First Time?

Playing off of last week’s “Your Input” theme….

We thought this would be simple… and fun!

What was your first concert? And (optionally) how old were you?

Leave a comment, if you’re so inclined. We’d love to hear from you.

Always a pleasure reading the groovy noodles..puts a smile on my face…
Have a great weekend boys 🙏✌

My first concert was Arlo Guthrie at the Garden State Amplitheater. I don’t remember what year that was, but I was 11 or 12 years old. I’m almost 60 now, so it was a while ago!🎸👍

I’m not sure if it was my FIRST concert, exactly, but its close. I saw Black Sabbath, with that new band opening up for them…. Van Halen,opening up for them, in 78. I was still in high school. David Lee Roth was a great front man,jumping around like a madman!! And Eddie was….Eddie!!! So, Black Sabbath had,as we like to say, a tough act to follow,to say the least! It was kinda comical to see an overweight, sweaty Ozzy trying to keep up with Dave!!!
But,I’ll be damned if the Ozz man didn’t hold his own,and then some. Ozzy actually did somersaults, much to everyone’s surprise, and well…as far as who was an obviously better singer…well I think you know who I’m with, on that. I’ve seen Sabbath a few times,and even though you can’t understand much of what Ozzy says… His vocals are always dead on. Its no wonder he’s probably one of the most famous hard rock singers,EVER,but still manages to pull it off,even to this day.

10cc
Festival seating and we got front row after hanging out for several hours, close to the front of the line.

Oh lucky you Bonnie Raitt is on my musical bucket list! Had tickets to see her and James Taylor two years ago well we all know how concerts that year turned out!

Bonnie Raitt. I was 18, going to college. The second was Leon Redbone, the same year, both at the historic State Theatre in Kalamazoo, MI.

Would have loved to see Redbone. Remember him from SNL, of course.

Wow. VERY NICE initiation into concert going from a VERY COOL era of music. Dig it very much, Shelley.

It was Styx, I think. Probably 1977. I was 17. So they would have been playing songs from The Grand Illusion. The concert made me a Styx fan. I think the only album I owned from Styx was Cornerstone. 1979 was the year. I was obsessed with “Boat On the River.” a track on Cornerstone. It just occurred to me That I saw Elvin Bishop in Albany Georgia. Couldn’t have been any later than ’76 because, the album was Struttin’ My Stuff which was 75. Elvin stopped in the middle of a song to cuss out a man who was hitting a woman, and, of course, getting security to clean it all up. I was 16 and thought it was so cool. LOL.

I (Andy) never saw Styx live. I would have liked to see them during their prime, right around that Grand Illusion release…Pieces of Eight… that era.

Security had to be commended! It’s a memory no one would soon forget!

I, too, am terrible excited.

So VERY PLEASED to hear that, Bill. Thank you, man.

Thank you, Bill! That means a LOT to us… Hoping that more people get psyched about it like you.

I always dig groovy noodles! This newsletter is great!
My first concert was the Mandrell sisters. I think I was 5/6.

Hey, Jake! We LOVE that you love the newsletter. Thank you for being a part of it every week! You were 5 when you attended your first concert? Now, THAT is PROPER UPBRINGING! LOL. Very cool.

Well…it seems that 1972 was the start, I was 9. Some boys in grade 6 had formed a band and they played Hitchin a ride at one of our assemblies. I fell madly in love with live music lol and my journey begin! that same summer my mom took me to see Donnie Osmond and then in August David Cassidy and they were both big stadium shows wow! Then when I was 14 Max Webster opened up for Rush playing at my high school! Now don’t get me wrong at that moment those were all huge but I consider the first stadium concert that I went to with friends to be meatloaf opening up for ELO when I was 15!
When I think of acoustic… first comes to mind my favourite Simon and Garfunkel and Peter Paul and Mary ! But I love it when MTV started it’s unplugged Siri’s… Nirvana is one of my faves as well as just saw the 1994 eagles unplugged and what really shocked me is listening to Bryan Adam’s unplanned forget the sappy stuff he throws out an awesome bluesy combo number one a real gem!!

Love these recollections, Shelley! Thank you tremendously for sharing these. The path of your musical journey is truly fascinating. From Donnie Osmond to RUSH… outstanding.

Moody Blues, I was 18 and a senior in High School.

REALLY excited for the live album. I just sent one of my extra copies of The Voice of Treason to Kansas City with a member of The Rainmakers (my all time fave musical group). Your lyrical style reminds me a bit of theirs and thought they would like it.

Wow. VERY VERY cool. What an honor, brother. I (Andy) would be very interested to see what his reaction is!

It is GOOD to receive Groovy Noodles again! Not sure what happened but the important thing is You’re Back!
My first concert was Twisted Sister/ Krokus/ Blackfoot. It was a small theater type venue in San Diego, Ca. Not a bad seat in the house! I was 19 and new to the Navy. A friend invited me along and it was great. Rock on fellas!

Hi Paul! It is VERY VERY good to have you back. 🙂 The place wasn’t the same without you, brother. 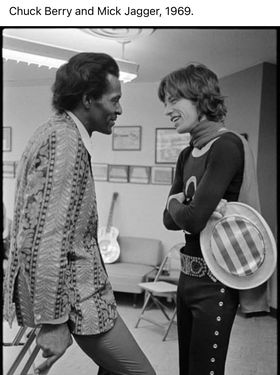 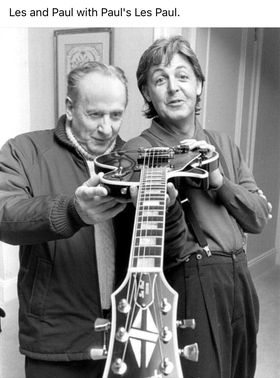 Your Input: Saluting the UNPLUGGED!

Goin’ ACOUSTIC…Doin’ it UNPLUGGED… Feeling ORGANIC… WE salute those players who keep it real!

Someone asks you: “Who do you think of when you hear the word “Acoustic”” You say…. 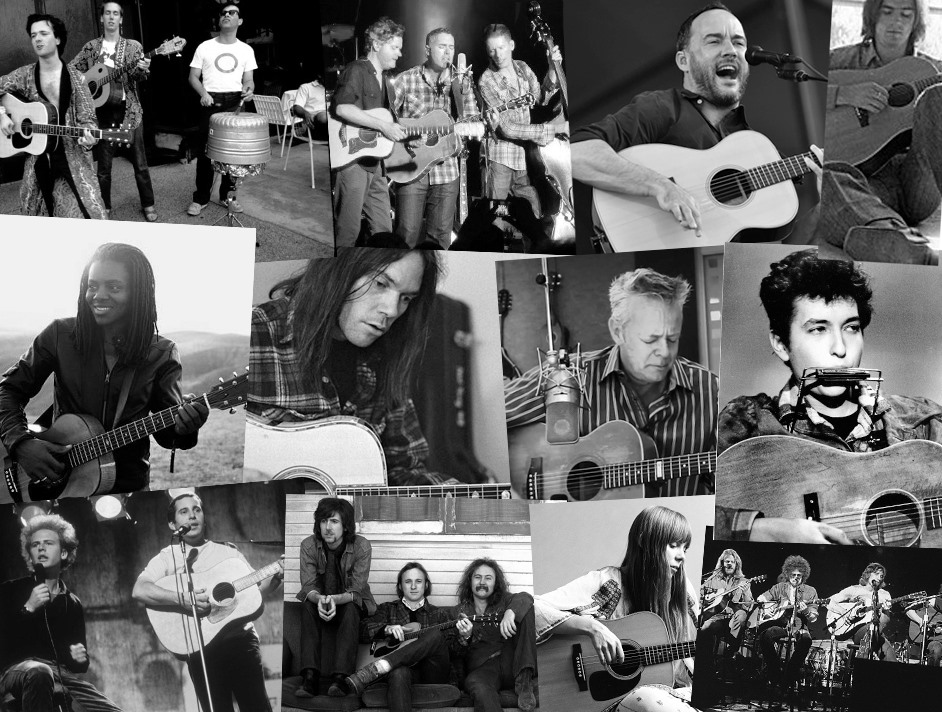 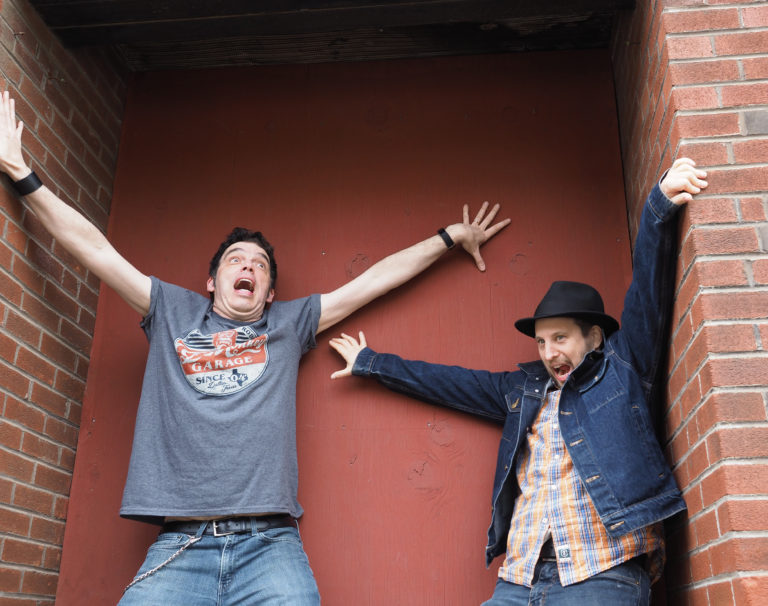 ONCE UPON A TIME..

… certain brands of smokes were actually endorsed by health care professionals. Who knew? 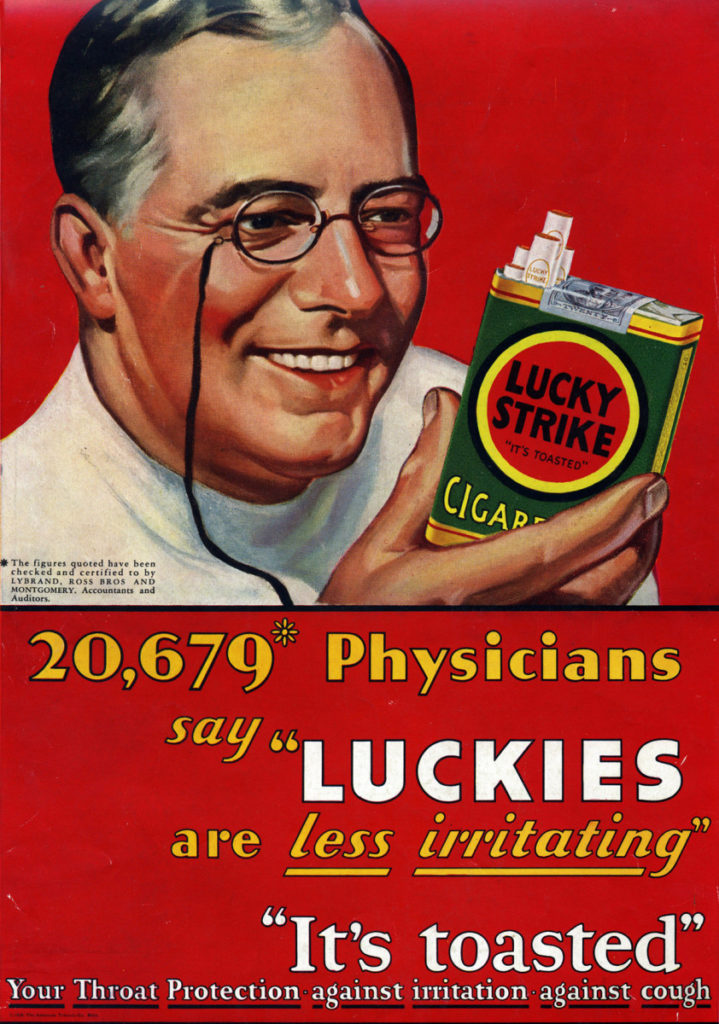 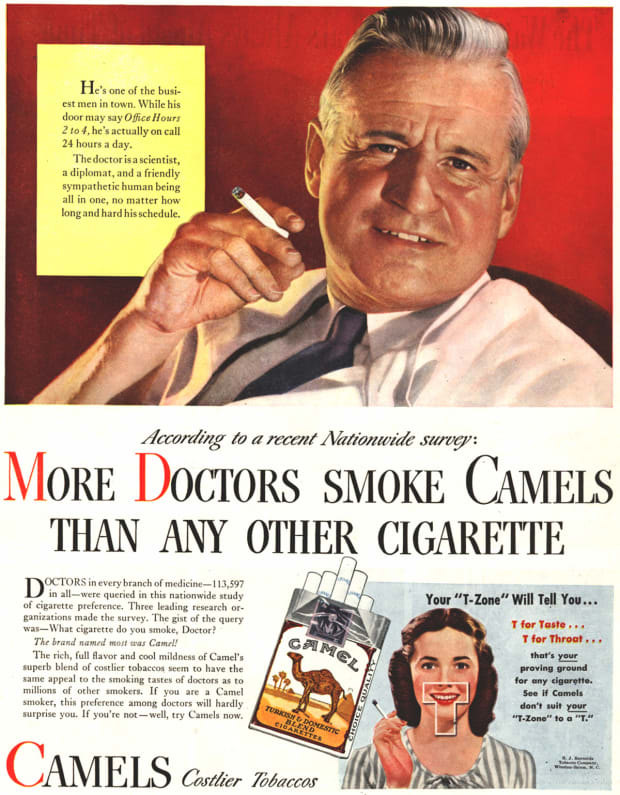 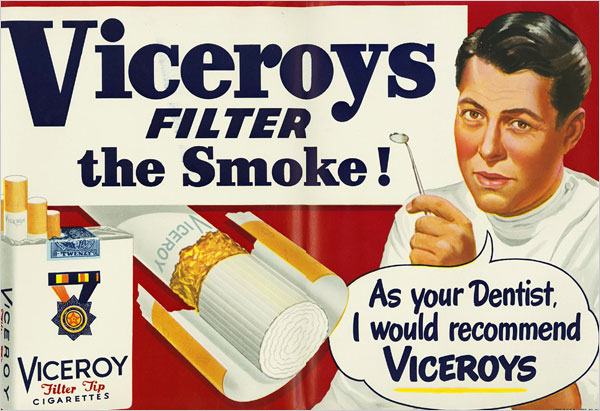 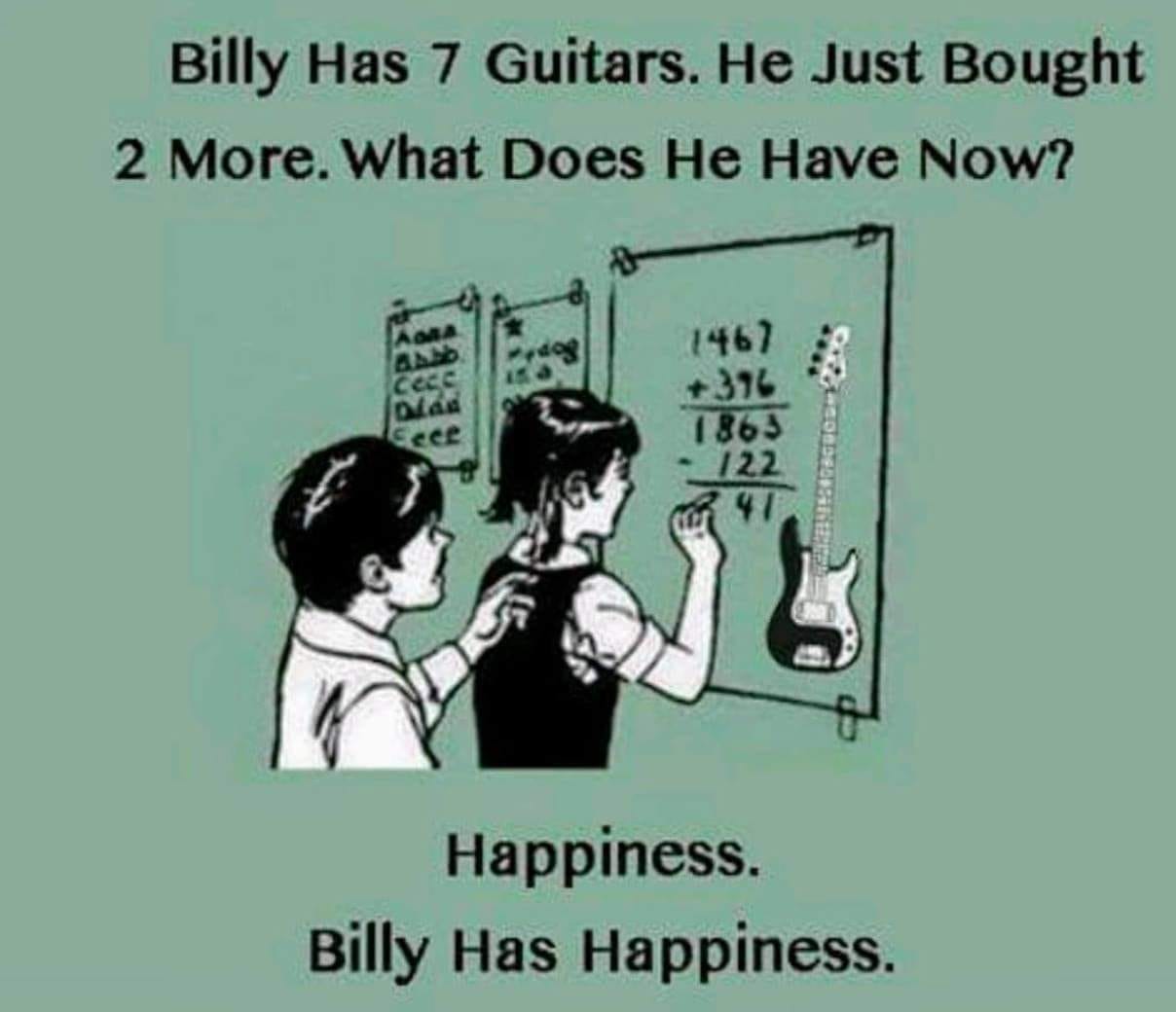 Some truths are just self-evident.

Want to buy a copy of THE VOICE OF TREASON? 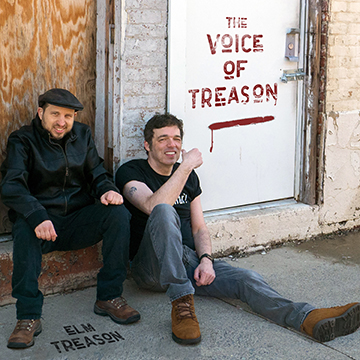 It’s our latest studio album. Our most ambitious work to date. Want to buy a copy of THE VOICE OF TREASON directly from us? Either on CD, Vinyl or Digital Download?

(It’s not even available in our online shop yet. Just sayin’).