THE ELM TREASON NEWSLETTER NO. 15 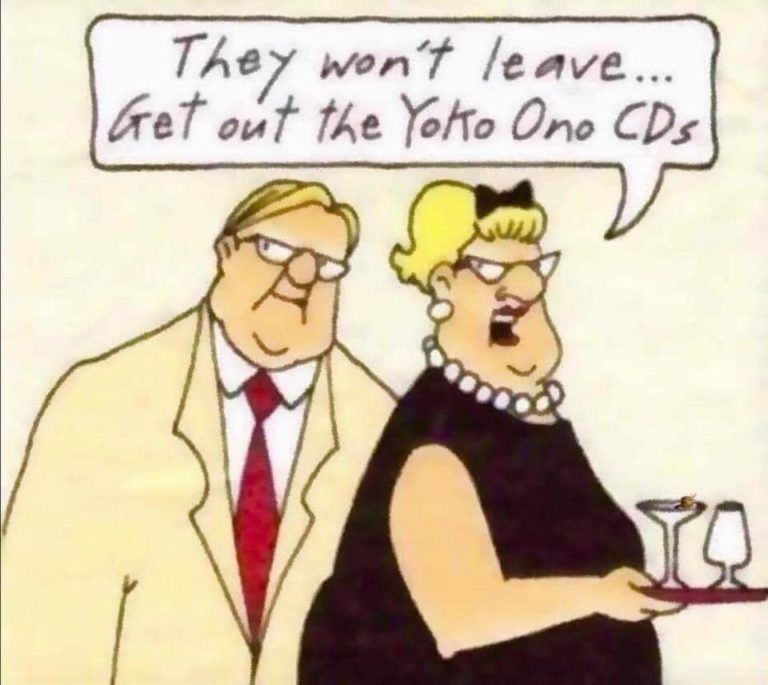 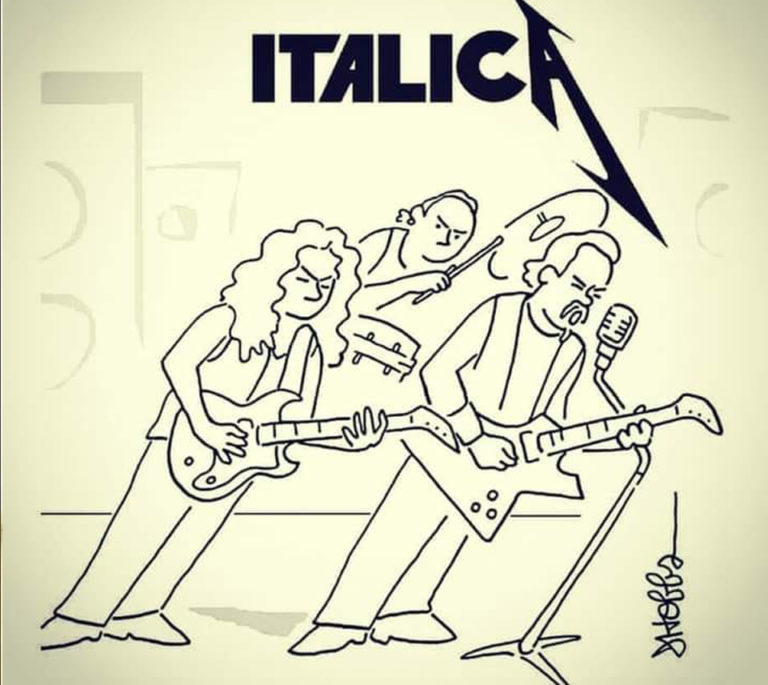 Bobby talks about he band’s sound..and why it matters to him.

In this edition of GROOVY NOODLES, we’re giving an absolutely exclusive look at the live album we’re planning on releasing around Christmas with a performance of “Uptown Q” from our soon-to-be-released fourth studio album THE VOICE OF TREASON.

The video gives you an idea of how the “movie” will look when done… and the audio gives a taste of how the album will sound… Barebones, honest, straight-forward.

Thanks to your feedback, we have decided that if we are able to release this album on vinyl, it will be a double album (it comes down to whether or not we can get the records pressed in time. Most places we checked with are on a six-month to one year delivery schedule. We’re still looking).

Based on your input, we decided a two-record set inclusive of all the material is the best way to go.

Anyone still do cassettes? (That’s still an option, too).

We’d love to hear from you on this, putting a little twist on last week’s question to you…

This could be fun.

Love Groovy Noodles…
Enjoyed Bobby’s outlook on band and i totally agree.look forward to next issue.
Have a great safe weekend✌

Hi Christopher! Andy here. So good of you to take the time to comment. Bobby definitely nailed it. Hope your weekend has been a good one thus far. Rock on, brother!

Ripples,Genesis A funny sidenote on this song as a teen of course we listened to the album trick of the tail and I fell in love with that song but other than having to listen to their singles on the radio had no use for the band… fast forward 40 years and I want to buy that single on iTunes and I cannot for the life of me think of its name and when looking it up found out that it is the most listened to on Spotify or Apple at Cetera! Who knew?

Just let me know when I can be one of the first to buy your new music. I can’t wait
Dudes

Hi Dennis. You bet we will. Promise. What would we do without you, brother?

So I grew up in the 90s into 2000s and I feel like rock/pop in that era was full of shit bands with one great song, so it’s hard to pick one….but maybe the “butterfly” song from the band crazy town. That band sux big ones. But that song is a fukn banger.

Hi Kris! There are quite a few people Bobby and I (Andy) have talked to that actually feel as you do – that the 90s into the early 2000s featured bands with a song or two that are great but are otherwise mediocre (at best). You’re not the only one. Of course, there are many who would probably disagree with that as well. Looking up “Butterfly” as we speak. Thanks much, man! REALLY appreciate you taking the time.

No Diggity… Dr Dre…… I’m a middle aged white chick, but I freaking love that song

Outstanding pick, Melissa. I (Andy) would have to agree with you on that. Thanks for your comment. Rock on!

I’m not too crazy for Dire Straights, though I give it up for their musicianship, Knoffler in particular, but I love that song,
“So far away from me.”

That IS a good song, no doubt about it… There’s no denying the musicianship. Agreed. Thanks, brother.

Radar Love – Golden Earring. None of their other tunes did it for me.

Lord, I (Andy) adore that song… but I must agree pretty much…. nothing else ever came close to that one for me.

Greetings my Elmishly treasonous friends 🙂
Once again another great question!!
I’m a classical music freak but I don’t really care for Mussorgsky yet Night on Bald Mountain I love!
I love Karma Chameleon but not a culture club fan.
Not a Poison fan but Something to Believe In is pretty cool
Can’t stand blink 182 but I like Miss You.

Have a great week!!!

These are SENSATIONAL EXAMPLES, Joe. This is PRECISELY what we were hoping for when we asked the question. You went above and beyond, brother. Thank you. Have a killer week!

Thank you!!! As you know, I play a lot with my kids and have covered songs from bands/artists that I usually don’t listened to.. but I like to cover them :I think, for me, Its the song, and not necessary the artist……do I like it?
*Queues Simple Mind’s Don’t You *

Actually, that is a GREAT way to approach making music. You sometimes need to step out of your comfort zone and see how you adapt to a song you may not normally go to. It can be very illuminating to see how one puts his or her own touch on a song they wouldn’t choose to cover. And in your case, doing it with your kids is an added bonus that cannot be quantified. Thanks, Joe!

I’d say Bobby very much succeeded in wanting his own sound. You guys are the most unique band I’ve heard. Can’t wait for the upcoming album. I didn’t realize you had 3 albums out, I have 2, I NEED the one I’m missing. 😀✌

Eminem, Lose yourself. Not a fan of his work but love that song.

Hi Jake! So good to have take the time and comment here. Love hearing from you. Thanks for the killer compliment. We always say that we certainly didn’t reinvent the wheel.. but we do have a kind of unique sound in that we bang our acoustic guitars as if they were electrics. Makes for an interesting tone and texture. We so appreciate your reassurance.

Which album are you missing, Jake? E-mail and message me (Andy). I’ll work out something for ya. 🙂

Never a big fan of police, probably because every song they did sounded the same. But I love fields of barley by sting.

Hello April! How you be? A JOY to hear from you. I (Andy) dig that tune as well.

I am not a Bruce Springsteen fan,but I do love the song the river. Its very moody and somewhat depressing,but there’s a really cool,heavy overwhelming vibe about it. It gets to me in some way.

Hey Joe! Indeed, I (Andy) am NOT a Springsteen fan at all..but I have always liked the song Tenth Avenue Freeze Out. So yes… I feel ya, brother. 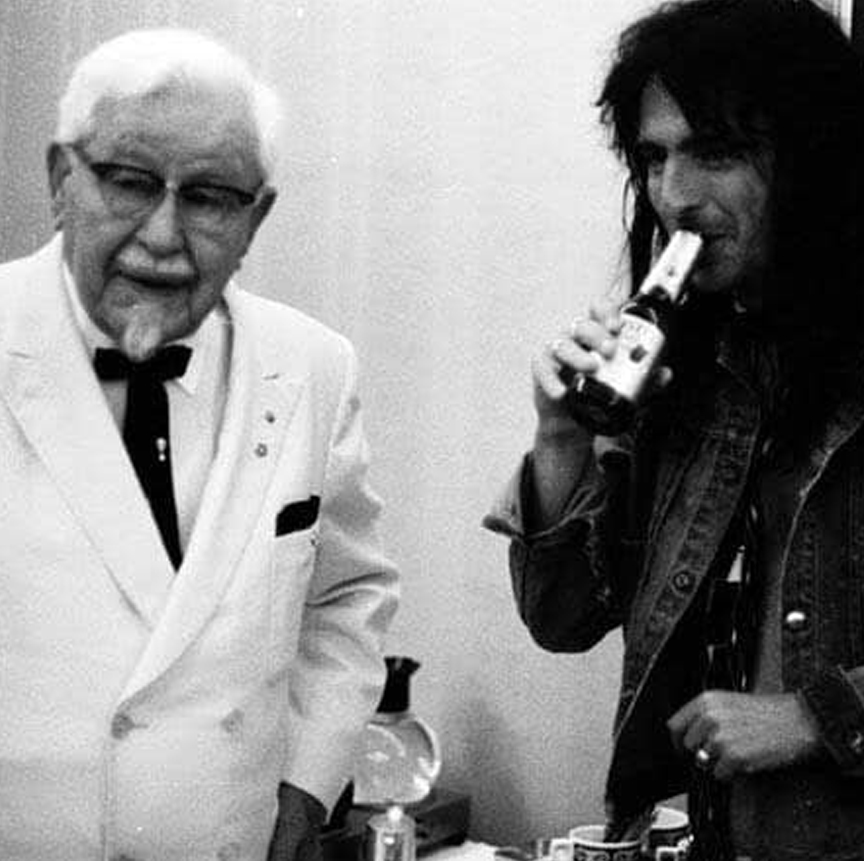 Arguably the greatest meeting ever? Colonel Sanders and Alice Cooper?? Yes, there IS a god. 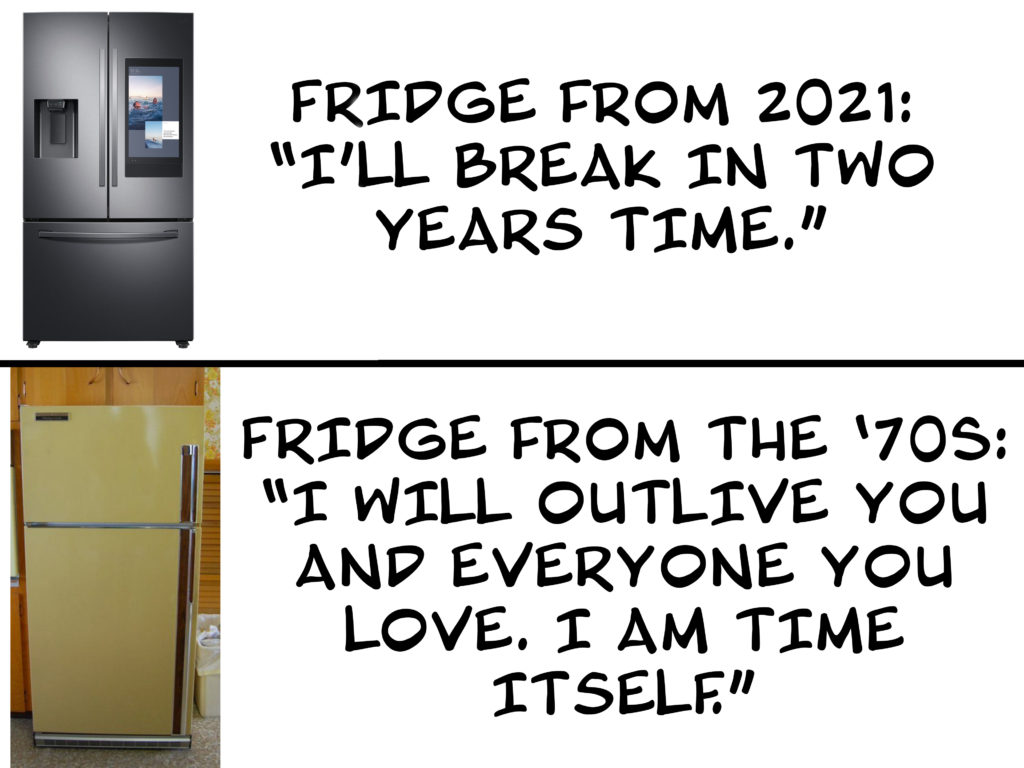 As you may or may not know, we recorded an entire ELM TREASON live set a few months back . It was professionally shot and mic’d.

To put out a live album and video release for Christmas.

We post a video every Thursday on our Facebook page of us doing our “two-man thing” (usually us rehearsing into a camcorder), so we decided to take the next logical step.

We wanted to fufill the requests of almost all of you – namely, to put out a record that best represents what Bobby and I (Andy) do when it is just the two of us jamming – and actually do it right, properly recorded and mixed!

The future CD/DVD/BluRay/4K audio/video release will consist of 16 total songs.

Here, for newsletter people ONLY, here is a taste. We are running through a song on our upcoming 4th album THE VOICE OF TREASON album called “Uptown Q.” Bluesy, smooth, alternating guitar solos, a tempo change – and a taste of old New York. Enjoy! 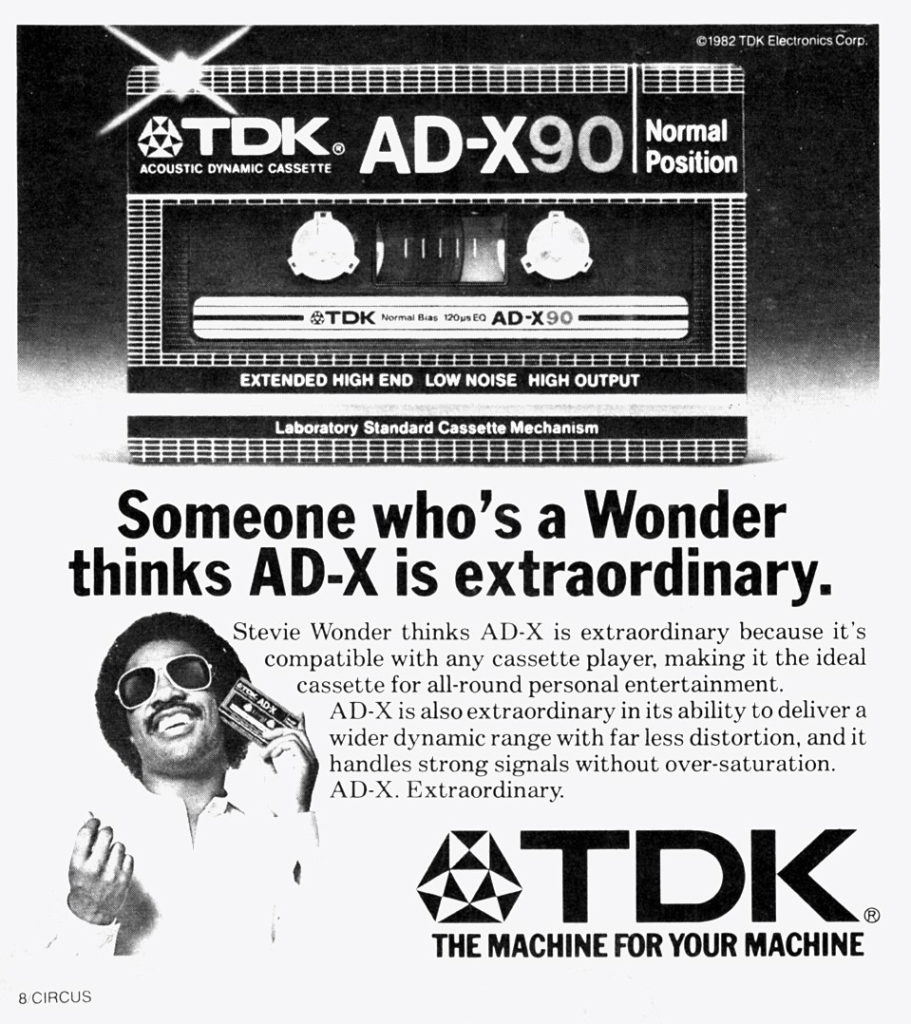 A deliciously CLASSIC cassette ad – a “WONDER”ful flashback to the days of “wider dynamic range” and “far less distortion.”

Another knee-slapper at the expense of the accordion.  (Accordion enthusiasts, please don’t send hate mail).

– Andy writes about the band’s brush with a Texas cop.

– The car commercial we did that paid for our guitars.

– Your Input: Your favorite misheard lyric ever.