THE ELM TREASON NEWSLETTER NO. 14 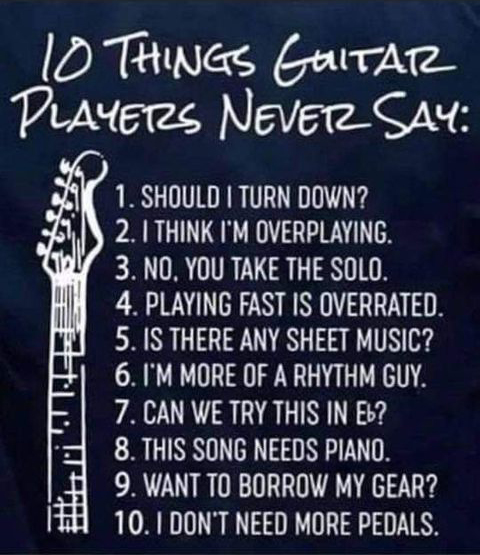 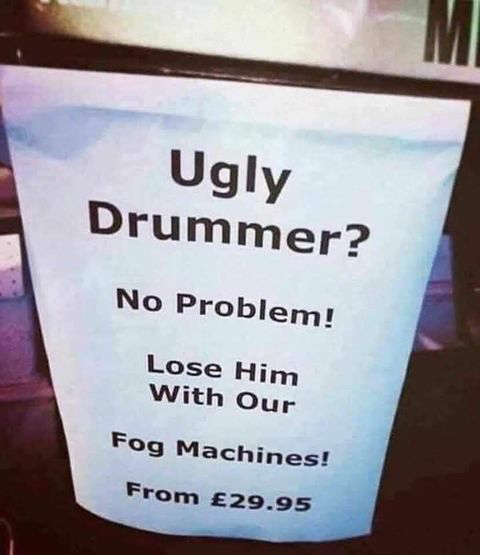 Recently, Bobby and I (Andy) did a rapid-fire “Six Questions Without Thinking” Q&A with writer Rich Deckard. The whole thing took about three minutes and was a total blast.

We think you’ll get a real kick out of this.

Here it is, transcribed from Rich’s iPhone (minus the salutations, pleasantries and “ums”):

Question 1: In three sentences or less, how did you guys meet? What were the circumstances?

Andy: I was accompanying my wife to her church. She marveled at the piano player and kept nudging me to pay attention to how good he was. After endless accolades, I eventually got to talking to him and eventually asked him if he wanted to play on some music I was working on.

Bobby: It may not be the most rebellious place for a rock and roll story to start, but Andy and I met in a church. We had many great discussions about music, and eventually Andy asked me to work on a little project of songs for his wife’s birthday. The rest, as they say, is history.

Question 2: What was the greatest compliment you ever got? And the worst feedback ever?

Andy: The positive one that stands out is: “You guys make me feel better than any coke I’ve ever done.” …… The way I see it, anytime you can beat out narcotics in the great endorphins challenge of life, it’s a solid win……….As far as the worst, someone literally wrote: “I’d rather die in a fire, very slowly, than listen to this band for one more second…” That sticks with me somehow.

Bobby: My greatest compliment was when my good friend, Vinnie, said I was a “master of my craft.” Wow. That meant a lot…. Worst insult? A person commented online that my singing on the song “Honey Feet” sounded like an alien mating call…..To date, I’ve been unsuccessful at attracting any UFOs, but if we ever discover intelligent life on other planets I know one earthling who is going to get a lot of action..

Question 3: Describe the color yellow to somebody who is blind.

Andy: Not really a question, but okay…Have the person sip lemonade while a very light heat lamp shines a touch of warmth on his or her face with the song “Good Day Sunshine” playing.

Bobby: Now that’s a good one. Yellow is sweet as a banana. Or maybe sour as a lemon. Depends on which fruit you choose to eat… Or… Yellow is warmth on your face. But please use sunblock. Don’t be a damn fool.

Question 4: You can use only one sentence to describe Elm Treason music. You say what?

Bobby: Guitar-centered, riff-heavy, hook-laden rock with melodies you’ll be repeating all day and harmonies that will make you melt like butter on an Arizonan August afternoon.

Question 6: How did you get the name Elm Treason?

Bobby: It was wordplay…or rather, letter play. Anagrams. I played the “last name shuffle” on a snowy January day. Nothing real deep about it. The letters of our last names rearranged. We actually have a real short and funny video that lays it out.

We are talking THROWBACK, baby!

Because many have asked, here you go… some serious throwback action! (The first four are Back-in-the-Day-Bobby …. the last four, Flashback-Andy!)

This is a tough subject, because many of us who love certain artists are often not willing to admit that an album by them may actually… be no good.

(We get defensive about our bands and artists, we know).

But let’s try this… hopefully, some will participate…

Name a song that you love – a great track -on an otherwise not-so-good album.

Or maybe it’s best to ask it this way… did you ever buy an album and discover that only one song was any good?

Wow, great pictures!!!! Thanks for sharing with us 🙂

This is an extremely tough question. To be completely honest, you have me stumped. I can’t think of any lol
However, I can think of a few songs that aren’t that great (imo) on great albums.
Have a great week!!!!!

Appreciate you commenting, Joe. Like I (Andy) said to Shelley in a different comment, it’s hard to focus on the negative. Indeed, there are truly BAD SONGS out there, but for many, they’re hard to point out sometimes without actually taking the time to sort it out. Have a great week, man. Thanks!

Pink Floyd is my all time favorite band. I have the whole library, except for one. The reason I don’t have it is because I don’t want it. “The Final Cut” At one point, all my Floyd was on cassette and I kept them in an ammo box, that was stolen. I had it on cassette, but as I replaced my collection on CD, I chose to leave that one out, because I just didn’t like it.

Hi Mike! I (Andy) actually GET THAT completely. I am NOT a fan of FINAL CUT.. That “band nuance” wasn’t there. Even “The Wall,” considered by many to be a Roger Waters solo project with the dudes from Pink Floyd helping out on many of the tracks, seems far more like a band effort. (Plus the music on THE WALL is outstanding). But I personally agree with you, Mike.

Totally brain dead on this question lol bought a few CDs in the 90s for the radio hit and just could not get into the rest of them…Marcy Plaground and Oleander and Bowie is my god but his album with 10 machine and I know there are others that I don’t like straight through but can’t think right now! And that van Halen album with I believe the lead singer of extreme ouch not a good track to be found it makes my ears bleed🙉

It’s not easy sometimes to seek out the “bad.” Often we have to think about it, because frankly, many of us don’t like to focus on that. I (Andy) personally agree with you about Marcy Playground. I loved the hit when I first heard it, bought the album and really never played it again…. That’s actually one of our biggest fears….that people will hear an Elm Treason album because they heard the “hit,” and then say the rest is painfully mediocre. The struggle is REAL.

Love the wee Bobby and Andy pictures!
Perhaps more of them in future newsletters.

Jethro Tull. Thick As A Brick. The only good song on the album of the same name.

Hi fellas great throw back photo’s…Andy is a real mini me with his dad… the apple did not fall far from the tree….Sometimes an album needs a few listens before you like all the songs but some just never get there no matter how hard you try, I loved Viva Las Vegas by the Dead Kennedys but the whole album nah no thanks and there’s been a few duds over the years I call them one hit wonders for myself..

Hi Ellen! Gotta agree with you.. There are actually a handful of songs (for me) that I INSTANTLY feel in love with on first hearing. A few. yes… and there are many I (Andy) liked a LOT on that initial play… but even with my most favorite bands, the majority of songs took time to GROW on me – especially music that is a tad more complicated. You gotta let it get into your pores. You gotta allow the nuances to find you and embrace you. Even with the Beatles (my favorite band), back in the day, when I was learning their catalog, they didn’t ALL leap out at me in a musical orgasmic frenzy. Some songs – and albums – take a few listens. I am WITH YOU.

AC/DC, For those about to rock. Amazing song, meh album.

It is an ANTHEM, no doubt. A highlight of their show… but you’re not the first who has said to us that the album, as a whole entity, isn’t exactly pure excellence. Opinions vary, of course. GREAT band, naturally… Interesting conversation. 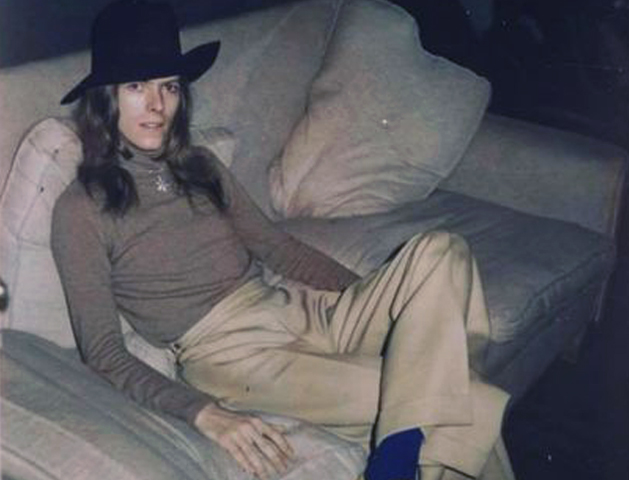 Polaroid of David Bowie taken by Andy Warhol in 1971. 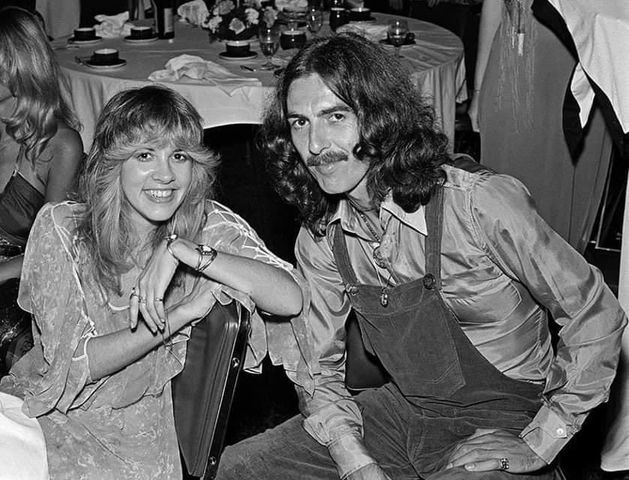 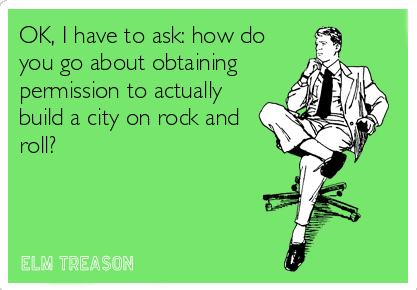 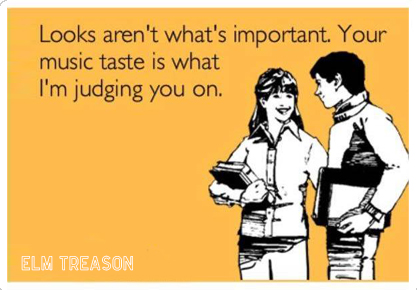 If you ran this noodle

Our greatest fear? (aside from jive-talking robots becoming self aware and forcing us to listen to Milli Vanilli records ’round the clock?)

That this newsletter becomes stale. 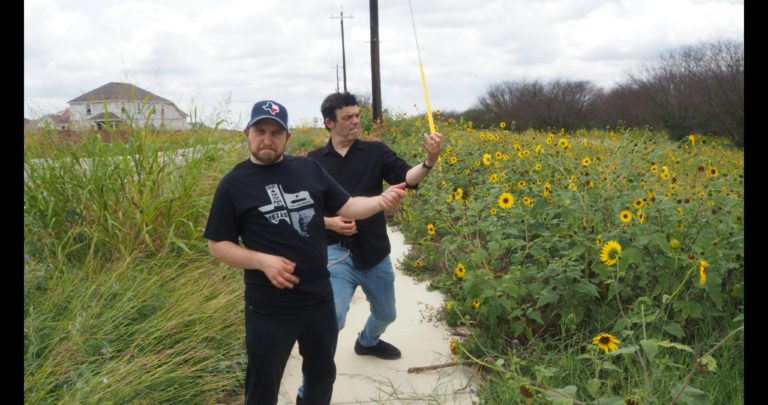 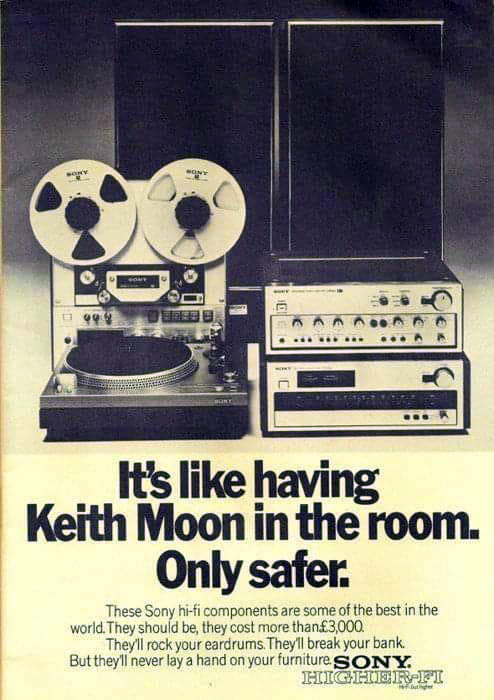 This ad is AMAZING. A snapshot in audio time. 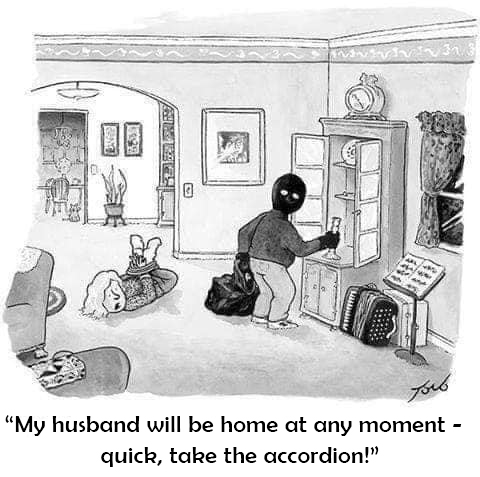 – Your input:  A great song by an artist you do not like.

-Your Input: Upping this newsletter’s game? What would YOU do?