THE LENNON I ADMIRE 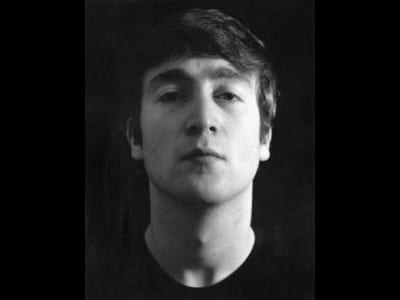 This week marks the 42nd anniversary of John Lennon’s murder here in New York City. I remember that evening as vividly as anything in my life. I was a kid, born too late to be a first generation Beatlemaniac, with a dream of being either a professional musician or a radio personality, sitting in front of my television on that horrible night (when I certainly should have been in bed asleep) watching Monday Night Football as Howard Cosell made the chilling announcement on the air, somewhere around 11PM.

As a youngster who had only recently become a bona-fide Beatlemaniac, his death was a tremendous blow. To the tens of millions of people he touched with his music, his senseless killing was as devastating a loss as there could have been outside of losing a loved one. That’s precisely how I felt at the time. I had no father growing up, so rock-n-roll – particularly the Beatles – were a kind of emotional salve. I so adored the music of the Beatles that – at the risk of sounding painfully maudlin – I felt like a little piece of me died that night.

Much has come and gone over four decades. Yet, as central to my life as music was (and still is) – as tightly as it is woven (you might say tangled) so completely throughout the fabric of my very existence – I grew to realize a cold hard reality that a fatherless boy in need of role models had to understand: that musicians were not infallible heroes. I don’t know of many entertainers who are, frankly. Whatever allusions I had as a young guy about the power and relevance of one’s celebrity was entirely a concoction of my own starving mind and soul that took almost everything I had to shake. It wasn’t easy, but I long ago stopped looking at celebrities as deities on earth – which was a huge thing for me – and chose to focus on their accomplishments.

Lennon himself would scoff at the idea of himself being a martyr or a hero of some kind. And as important as music is in every one of our lives – I’ve heard it appropriately referred to as “God’s drug” – I can hardly equate genuine heroism with a killer sounding rhythm guitar track (as in Lennon’s performance on the Beatles’ “All My Loving”). As a musician, I tremendously admire Lennon’s songwriting ability (particularly with the Beatles) and his capabilities as a rhythm guitarist.

Lennon, as the peace-loving, anti-establishment, power-to-the-people-politically-active variation of himself, is inexorably woven into the popular culture. Speaking purely as a musician, it is a genuine shame that when the name John Lennon is mentioned, the images that are first conjured up are almost always of his hippie-dippie, anti-war activist, bed-in era self, ever-epoxied to the side of Yoko Ono. (Please believe that I am not writing this from a political perspective whatsoever. Elm Treason does not talk politics on any of the band’s music sites…ever. We refuse to alienate half of our audience on matters that don’t concern the music). I use the word “shame” from a purely musical angle.

Lennon wrote outstanding music throughout the entire journey of his life, no question about that. But the fact is … that Jesus-Christ looking rock idol wouldn’t have become the “Imagine” crooning counter-cultural icon he did if it were not for what he and his three mates from Merseyside accomplished during the years 1963-1968.

It is John Lennon, the songwriter, the Beatle, the man who helped transform popular music forever (with his equally genius partner, Paul McCartney) that I acknowledge here – particularly the early Lennon material.

Simply put, John Lennon either wrote or co-wrote some of the most memorable music in the history of human civilization. His sense of melody, timing (odd as it could be at times) and his ability to create an unforgettable “hook” has rarely been duplicated – save for his partner of many years, Sir Paul McCartney. During the early Beatle years, so many of the songs that are now considered pop music standards and classics came from John Lennon.

Long before there was the experimental, socially conscious, primal scream version of John Lennon with wire-rims and scraggly center-parted hippie hair, there was the brilliant mop-topped songsmith John Lennon – the one that will forever have his name uttered by human lips long after almost every other human being that has ever existed on this planet is forever forgotten. The music and melodies he and Paul wrote were as influential on the artists that succeeded them as any that have ever existed. John, Paul, George and Ringo – to this day – are the benchmarks by which others are measured. 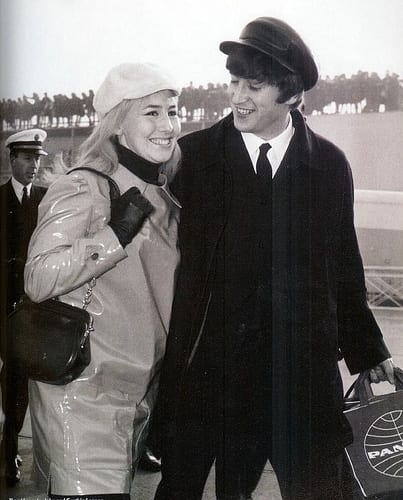 From the Beatles first number one song in Great Britain, “Please Please Me,” to the ahead-of-its-time guitar signatures on the infectious “I Feel Fine,” to the unforgettably heavy “Ticket To Ride,” to the melodic vulnerability and delicious harmonies of “Help!”, not to mention one of the most recognizable guitar riffs ever in “Day Tripper,” Lennon’s genius, coupled with his prolific output, is something to marvel at.

On the album “A Hard Day’s Night,” the first and only Beatles LP to contain nothing but Lennon-McCartney songs, 10 of the 13 songs were either composed partly by Lennon, or completely by him – including the instantly recognizable and beautiful “If I Fell,” the harmonica driven “I Should Have Known Better,” the Wilson Picket inspired “You Can’t Do That” and the rockin’ “Tell Me Why” – all radio staples.

Let’s not forget that he co-wrote, with Paul, some of the biggest hit singles in music history, including “I Want To Hold Your Hand,” “From Me To You,” “She Loves You” and “A Hard Day’s Night.”

1965 may have been his most amazing year of output. Along with aforementioned “Ticket To Ride,” “Help!” and “Day Tripper,” he composed such timeless classics as “Norwegian Wood,” “In My Life,” “Nowhere Man,” “Girl,” “You’ve Got To Hide Your Love Away” and “You’re Going To Lose That Girl.”

Equally extraordinary is his work on the “Revolver” LP from 1966, which was by that time becoming more complex and experimental – but no less memorable. “I’m Only Sleeping” is one of my favorite songs of all – lethargic, melodic, dreamy – and one of the most beautifully haunting melodies he ever composed. It is also, by the way, one of the first recordings ever (if not ever) to employ a completely backwards guitar solo. And yes, I adore the hypnotic “Tomorrow Never Knows” – a song that still sounds like it is not of this age, spawned from a distant and unknown future.

Two of his contributions to the “Sgt. Pepper’s Lonely Hearts Club Band” LP are not only among his best ever, but are two of his most recognizable Beatle songs – “Lucy In The Sky With Diamonds” and “A Day In The Life” – both considered among the greatest classic rock tracks of all-time. (Yes, Paul composed the sensational middle section of the latter and came up with the naughty line “I’d love to turn you on.”) Addditionally, the brilliant “Strawberry Fields Forever,” is, too, from the same “Sgt. Pepper” sessions, but the track ultimately did not land on the album (rather, it was released as part of a double-A-sided single, paired with the equally magnificent “Penny Lane,” composed by Paul).

Indeed, I may not fully believe for a second that all we need is love, as he sang in the summer of 1967, but I still loved the song – particularly the line, “There’s nowhere you can be that isn’t where you’re meant to be.”

“I Am The Walrus” is one of my favorite recordings of all time, incidentally.

For my money, the genius Lennon – the one we should all be singing about around the campfire – is the Lennon I speak of, the one beyond the protests, the politics, the deified celebrity. I am enamored of the artist Lennon. And in my most humble (and dare I say controversial) opinion, save for the albums “Plastic Ono Band,” “Double Fantasy” and some of the tracks from “Imagine,” most of Lennon’s post-Beatle output is musically not up to snuff – but then again, look at who he is up against as a standard.

I’m just not interested in people’s activism, frankly. It doesn’t interest me in the least. Bumper sticker slogans and nifty catchphrases, regardless from where they emanate, rank just above “umbrella color” on my list of life’s relevant things to pay attention to. (Elm Treason has a song called “(Spoon Them) Dollops” touching upon this matter from the “Acoustic Treason” album).

But throw together some cool chords, a hook, a melody, the expression of an emotion intertwined through it all, a vibe, a groove, a feeling…..well, then you’ve got me for life. That’s the Lennon I admire.

Thus, I just wanted to take a moment – as a musician of many years myself – to say, from a musical perspective, “thank you” to Beatle John Lennon – a wonderful musician cut short in the prime of his life.

He was no savior. He was no hero. He was sometimes the walrus.

He was a hell of a songwriter.