AFTERIMAGE (MY TRIBUTE TO NEIL PEART) 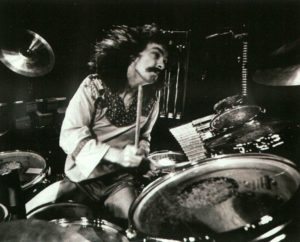 “Suddenly you were gone, from all the lives you left your mark upon”

It’s heartbreaking that the man who penned those words following the loss of a childhood friend is now the subject of that very lyric.

Even as I write those words, my brain denies. It can’t be. It must not be.

“Tried to believe but you know it’s no good. This is something that just can’t be understood.”

Fridays are typically my stress detox day. I come home, I collapse into a short recovery nap before launching into my weekend. On this day, I awoke from my slumber to see a dozen missed calls from friends who don’t usually do so unless something major has happened. A flurry of texts were, too, competing for my attention. One childhood friend who also shared the same adoration of Rush as me wrote “Bob, Neil Peart died”.

Honestly, my initial reaction was, “This is a hoax.” I’ve seen so many of these types of stories pop up as click bait in my news feed. Still, I started checking as many news sources as possible. Within seconds, my heart sank. Imagine a boulder being dropped from a plane toward the face of the ocean.

This was no hoax.

Then I saw the tweet from the official Rush account – the words of Geddy Lee himself. At that moment, that veritable boulder crashed into the sea with such ferocity that it splashed water through my eye lids, down the slope of my cheek.

Every Rush fan (including myself) held that faint hope that maybe – just maybe – there would one day come a time when Rush could play together again. They might put together a limited city tour, or a one off show of some kind. Perhaps, they might release a single. If anything, there would be a new book release from Neil. Frankly, any crumbs thrown down by this band, would be eagerly gobbled up by us fans of the band, no matter how tiny or sparse they were.

But all those hopes are now gone. Washed away. In a vapor trail.

I never met Neil, but I’ve seen him play so many times, quantification is nearly impossible. Without overstating it, I feel like I’ve lost a member of my family. Yes, I understand how dramatic that may sound, but I actually feel like a part of me has died – that creative part, that intangible part that made me want make music in the first place. 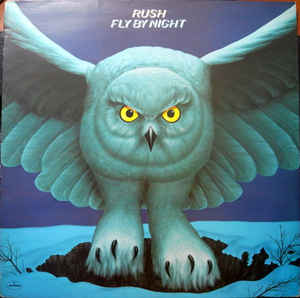 I remember that day. Third grade. My brother’s bedroom. A cassette tape labeled “Rush: Fly By Night”. I listened to the first track “Anthem”. I was never the same again. I never heard anything like that before. I listened to a lot of music up to that point, but I had no idea it was possible to do all of that wonderful stuff on guitar, bass and drums. It was an epiphany for me. My little eight year old head couldn’t possibly process or comprehend what it was hearing. All I knew was I had a favorite new band. It was love at first listen. I couldn’t get enough. I must have went through three or four “Fly By NIght” cassettes, playing and rewinding all those incredible drum fills in “By Tor and The Snowdog,” astounding my friends with repeated replays.

The albums that followed were exponentially mind-blowing, both musically and lyrically. Unique. Poetic. Brilliant. Genius. I can think of few lyricists that are quoted so frequently and endlessly as Neil. The man was a master wordsmith, a craftsman.

Rush’s music has been in my DNA for a mighty long time. It fuels what I do. It is the unseen hand in my creativity. My band Elm Treason has forged its own unique sound and way of writing, but every once in a while, faint hints of Rush come out in my writing. It can’t be helped. It’s as if Neil, Geddy and Alex are hardwired into my brain. There were countless hours of playing “drop the needle” with my guitar in hand, learning every note of those songs. I memorized every syllable. I could quote from any song or identify any song from the most obscure of quotes and notes.

The one thing that has remained constant in an ever-changing, ever-evolving life of circumstance and reaction is Rush. They’ve always been there, regardless of what was happening in my world. Through the highest peaks and deepest valleys of my journey, that band was my rock (double entrende intended).

Neil was the consummate professional – a man whose work ethic was next to none. Always rehearsing, always trying to better himself, desiring to give the very best of himself constantly, he had an attention to detail that is almost superhuman. He just impressed the hell out of me like no one else. He treated the drums as a melodic instrument, not just a rhythmic instrument. That made him one of the best in rock history. The way he would slightly variate his beats in each verse of a song, his stunning precision and control, his composing – a wonder to behold, an influence on countless, yet a vastly underrated artist. Go figure. Even the fact that he sought a teacher late in his career (despite being considered one of the greatest drummers who ever walked the planet) is enough to warrant high praise.

Neil was so many things. Drummer. Lyricist. Philanthropist. Author. World Traveler. The man was dedicated to his fans. Dedicated to a fault. For instance, he played thousands of shows while sick with the flu. He hit the stage often with his hands cracking and bleeding from the endless hours of pounding drums with those drumsticks. He played through stomach viruses, tendinitis in both arms and even the excruciatingly painful trench-foot, without ever complaining. One roadie remarked that Neil could be shot in the shoulder while drumming and still finish the show. He probably didn’t even let anyone know he had brain cancer until he had to.

He was, too, a stellar person, a man of character, a man of perseverance. After losing his teenage daughter, Selena, to a car crash in 1997 and his common-law wife, Jacqueline, to cancer ten months later, he took a six year break from Rush before returning triumphantly on “Vapor Trails.” Such an incomprehensible tragedy might have stilled most, but Neil bounced back, better than ever. He rebuilt his band and his life.

He married Carrie Nuttal in 2000, and their daughter, Olivia Louise, was born in 2009. And this is the saddest of all realities: They are now without him. For all of our dedication and loyalty to him and his band as fans, this loss pales in comparison to those who were close to him. We must remember that. As a touring musician, the moments with his family were, at times, scarce and always precious. As Neil would say: “… at the speed of love, my heart goes out to … them. “ 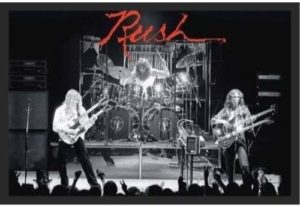 At the beginning of this blog, I quoted a couple of lines from the song “Afterimage” found on the “Grace Under Pressure” album. An afterimage is an image that continues to appear in the eyes after a period of exposure to the original image. This is how I now like to think of Neil and the music of Rush. Yes, Neil is physically gone, but the sonic afterimage of his music and the voice of his words will forever ring in our ears, like the music of the spheres.

So, while I sit here heartbroken that my hero is gone, I’m supremely grateful. For forty-plus years, we were given a plethora of wonderful music and thousands of concerts. These memories – these afterimages – play continually like movies in my mind’s eye. The soundtracks to those movies resonate endlessly. We all have that – the records, the videos, the stories, the fan groups… and we still have Geddy and Alex. That’s a lot to be grateful for.

One thing that keeps “getting” at me since the news of Neil’s death is the fact that he could have left us years ago. Think about it for a moment. He started to talk about quitting touring as early as 1991. He nearly perished from a parasitic disease he picked up in Cameroon, Africa. He surely must have had hundreds of close calls on the millions of miles he traveled on his motorcycle. Listen to the song “Working Them Angels” and you’ll get it.

Neil definitely worked those angels overtime. And now he’s jamming with his hero Buddy Rich. Who knows? Maybe Jimi Hendrix is on guitar, John Entwistle on bass, Bon Scott on vocals and Keith Emerson on keys.

So, yes, like many a dedicated Rush fanatic, I’ll be spending my days listening to the music and celebrating the life of Neil Peart. Yes, you may spot me in a crowd of enthusiastic air-drummers, banging those unseen skins into oblivion. The fact is, even today, I magically transform into that eight year old kid who was knocked for a loop the first time he heard “Fly By Night” any time I hear my favorite rock and roll trio. I still wonder if (and secretly suspect that) these guys are actually superior beings from another galaxy. Just a suspicion I have.

Thank you Neil, Geddy and Alex for changing my life and the lives of countless others. Thank you for the gift of your music and words. Thank you for giving a young troubled angry boy from a dysfunctional home hope, happiness and life. Thank you for planting the dream in my soul – a dream I pursue to this day.

No, you’ll probably never find a fan as militant (for the want of a better word) as a Rush fan. And for good reason. It’s all about the music. Need I say more?

We are not alone in our grief. And that’s a comfort.

To all my fellow Rush fans: Keep calm and Rush on. After all, life is to be enjoyed, because in the words of the master: “We are only immortal for a limited time.”

Now if you will excuse me, my guitar is calling.